skip to main | skip to sidebar
Tricia Dower quit her day job to become a writer. She thought it would be easier than sitting in a boardroom feeding hungry shareholders. She was wrong.

For two years she turned out stuff nobody wanted. Since then seven of her stories have appeared in literary journals. The feminist press, Inanna, published her story collection, Silent Girl, in 2008. In 2012 Penguin Canada published her debut novel, Stony River.

She’s earned less in ten years as a writer than she did in two weeks as a business exec. It just feels like more. 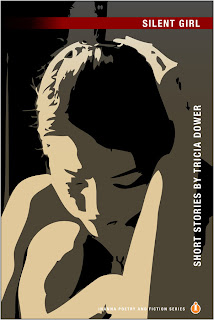 Silent Girl takes us into the remarkable and poignant lives of fictional daughters, sisters, friends, lovers, wives, and mothers through a story collection inspired by Shakespeare’s plays. Set in twentieth and twenty-first century Canada, Kyrgyzstan, Thailand and the United States, these insightful stories portray girls and women dealing with a range of contemporary issues such as racism, social isolation, sexual slavery, kidnapping, violence, family dynamics and the fluid boundaries of gender.
WATCH THE VIDEO PREVIEW ON YouTube. 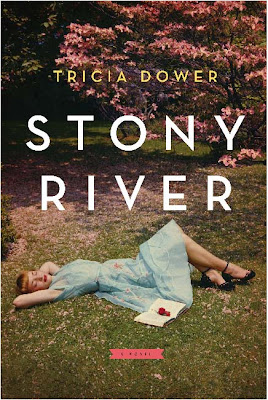 June afternoon, Linda Wise and Tereza Dobra witness a disturbing scene. A pale, pretty girl who looks about their age is taken from Crazy Haggerty's house by two uniformed policemen. Every one in Stony River thought Crazy Haggerty lived alone. The pale, pretty girl is about to enter an alien world. Tereza and Linda try to make sense of what they've seen, unaware their own lives will soon be shattered.

Set in a decade we tend to think of as a more innocent time, Stony River shows in dramatic and unexpected ways how perilous it was to come of age in the 50s. Here are absent mothers, controlling fathers, biblical injunctions, teenage longing and small-town pretense. The threat of violence is all around: angry fathers at home, dirty boys in the neighborhood, strange men in strange cars, a dead girl and another gone missing.

Stony River is an engrossing novel about growing up, finding your voice and forgiving your family.